The Dewalt DW735 uses a 15 amp motor and a three knife cutter head. It can make smooth, deep cuts that work for just about any type of hardwood boards. With a total width capacity of 13 inches and a total depth of 6 inches, this thickness planer lasts a long time, and the cutter heads don’t need to be replaced nearly as often as other wood planers.

Right away, the Dewalt DW735 is impressive. It’s built to be powerful but let’s look at how exactly this wood planer excels.

As mentioned above, this thickness planer has a 15 amp motor, and it’s strong. You have two cutting speed choices: 10,000 RPM and 20,000 RPM. With the power behind this wood planer and your choice in speed, you can cut through both hardwoods and softwoods with ease.

The DW735 has the strength to make deep, smooth cuts. It uses a three knife cutter head to make cuts up to 1/8 inch deep. This, combined with the two cutting speeds, allows you to make either 96 or 179 cuts per inch. With the 96 cuts per inch, you can get your board cut neatly. To add the smooth finish to it, just run it through for 179 cuts per inch.

The knives on this wood planer last quite a bit longer than others. They can be reversed and reused, so you don’t need to throw them away when they first start to get dull. Plus, the blades are super easy to change out, so it’s really a win when it comes to cutting abilities on the DW735.

Cutting wood gets dusty, but the DW735 is built with a wood chips ejection system. Run by a fan, the debris from your cutting will be pushed into the shrouds that are also included in this thickness planer.

The first shroud sits on the floor of your shop, while the second one connects to a dust collector or vacuum hose. Either way, this planer is definitely prepared to make clean-up easy and prevent dust from hurting your machine.

As expected with Dewalt products, the DW735 thickness planer is impressive. Once it’s set up, it’s sturdy and powerful. It’s even relatively easy to use, which can come as a surprise since it’s such a powerful, semi-professional wood planer.

Unfortunately, the DW735 is neither light nor small. It weighs a little over 90 pounds, so don’t expect to carry it around from worksite to worksite very easily. Portability wasn’t a main focus during its design, so it’s better to set it up in one place in your workshop and leave it there.

Of course, the bulky size and heavy weight is to be expected since the Dewalt DW735 is a semi-professional wood planer. If you take that into account, then this isn’t necessarily a con so much as a pro. Nevertheless, it would be nice if the model was more portable.

Even if this wood planer is built and sold as a semi professional planer, the price tag is still a major drawback. It’s closer to the price of a professional thickness planer, not a semi-professional one. Now, the price does include a limited 3-year warranty, one free year of service, and a 90-day money-back guarantee, but it’s up to you to decide if it’s worth it.

The Dewalt DW734 is a 12.5-inch benchtop thickness planer that is powered by a 15 amp motor. It uses three reversible knives that help with prolonged use. Perfect for beginners and professionals alike, it can power through both hardwoods and softwoods.

Just like Dewalt products, it’s powerful and gets the job done. Let’s see where it’s strongest.

Once again, this benchtop thickness planer is powered by a 15 amp motor. This is powerful enough to cut through most hardwood and softwood boards. It runs at 10,000 RPM or 20,000 RPM. This allows you to give your wood a smoother finish without having to move to a different machine.

Just like the DW735, the DW734 uses three reversible cutting heads. They cut at a rate of 10,000 RPM or 96 cuts per inch. You’ll find a two-speed gearbox on the machine to adjust the speed in order to make the best cut. The knives are sharp, easy to replace and have a significantly longer knife life. Dewalt even has fast service so you can get your wood planer back to cutting.

The Dewalt DW734 benchtop wood planer makes very accurate cuts. Very rarely will you need to touch up your boards or finish them specially. If you plan on using this planer for commercial work, however, you might not be as satisfied with the precision as someone who mostly does home renovation work.

The maximum capacity of this benchtop planer is 6 inches deep and 12.5 inches wide. This is just slightly smaller than the DW735, but still pretty decent.

Dewalt doesn’t fail on the DW734. This benchtop wood planer is long-lasting and pretty durable, so you certainly get your money’s worth out of it. With regular use, this wood planer is going to last you a while. It’s powerful and sturdy, so there’s no risk of it burning out on your prematurely. In fact, you can easily get several years of consistent use out of it before it starts to wear out.

As a powerful tool, it’s important that sufficient safety features are added so that no one is injured. The DW734 benchtop planer is well equipped to be used by both beginners and professionals safely with a hood over the cutting knives and proper dust management. In case of an emergency, there’s a quick switch that you can flick to turn off the machine.

You can also find a 4-lock system on the DW734 that prevents board movement while cutting.

Even though this is a powerful machine, it’s still much noisier than other models. You’ll definitely want to wear ear protection even if you only work for a short while. If you work at the machine for an extended amount of time, it’s likely that the noise will start to bother you even with ear protection on.

Dewalt puts out some super impressive tools, but they’re very rarely budget-friendly. Unfortunately, the DW734 wood planer is one of them. Even though it’s incredibly powerful and built to last, the price tag is higher than most people can afford and is the most major drawback.

That being said, Dewalt tries to offset the high price by including a three year limited warranty, a 1-year free service contract, and a 90-day money-back guarantee. This is enough to convince some people that the price is worth it, but it really comes down to what you can afford. In some cases, there are lower-priced options available that would work just as well for your project.

Whether you go for the Dewalt DW734 or Dewalt 735, you can rest assured that you’re in good hands with any Dewalt planer. Both won’t disappoint and will prove to be invaluable for your diy projects or woodworking projects. It’s no surprise that most Dewalt users convert into loyal fans of the brand and its highly durable product range. 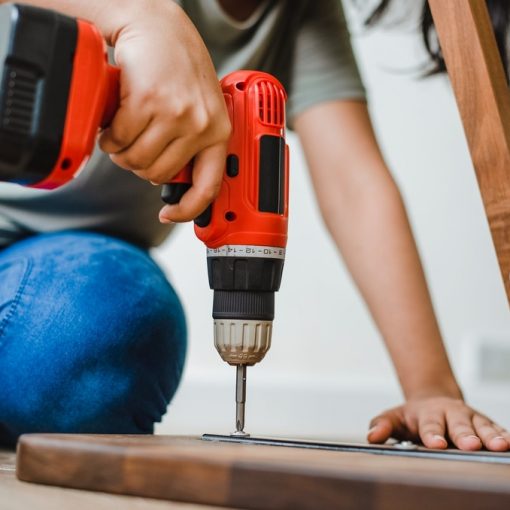 Building a simple table requires a good bit of handiwork and time if you are a beginner at DIY projects. However, once […] 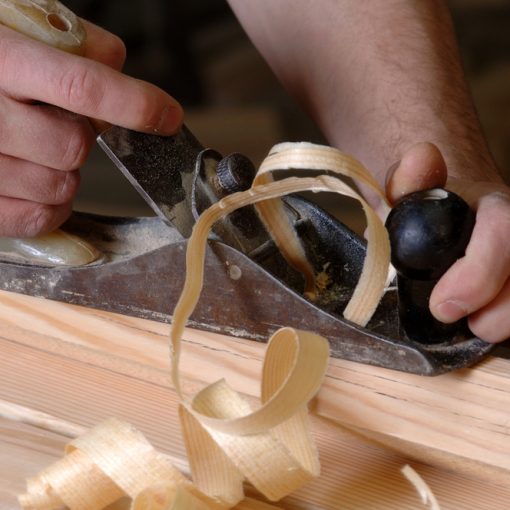 If you have years of experience in woodworking and are a professional in the trade, then you probably already recognize the words […]

Whether you’re a novice wood planer user or you have an experienced woodworker, you’ll want a versatile and strong power tool to […]